A SURVEY OF REVELATION, PART 9C 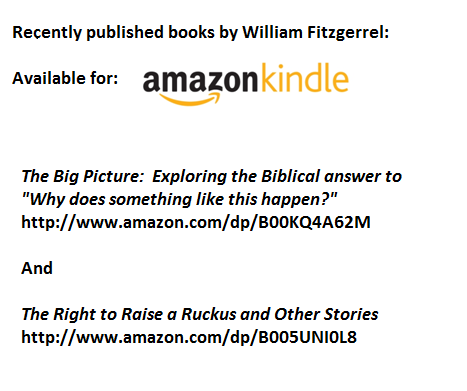 
The complexity of Dispensationalism is exhibited in Pentecost’s interpretation of the seven trumpets.  In some cases his conclusions are consistent with an overall scheme of interpretation, but in other cases he takes great liberty to speculate and create scenarios for which there seems little foundation.  Keep in mind that the Tribulation period—also called the 70th Week of Daniel—is the main framework for Dispensational interpretation.  In some cases, various passages from Daniel and Ezekiel and other Old Testament Scriptures are the background for their conclusions.  One of the problems with their methodology is that they often do not show how a particular New Testament passage, for example in Revelation, is to be identified with an Old Testament passage.  For example, in Matthew 24:15, Jesus mentions the Abomination of Desolation that has its origins in Daniel.  That provides an anchor for the passage that can be helpful in interpretation.  One is warranted to consider the 70th Week of Daniel in relation to the Great Tribulation that Jesus describes in Matthew 24:21.  However, the kind of conclusions that Pentecost draws in his interpretation of chapters 8 and 9 of Revelation have no such anchors in the text, and one must ascribe his interpretation to speculation.


The material that I shall describe is found on pages 361-363 of Pentecost.


c.       Rise of great military powers in the middle of the seven years of the Tribulation


b.      “Sea” probably means the “nations”:  judgment on the Gentile nations


a.       Judgment on the rivers and fountains of waters


b.      “Rivers and fountains” represent the source of spiritual life:  judgment upon those from whom living water has been taken away because they believed the lie (II Thessalonians 2:11)


c.       A great leader will arise, who is the Beast/Antichrist


b.      These represent governmental powers:  judgment of God upon world rulers


c.       The Beast will overthrow governments and authorities


a.       An individual energized by hell who can let loose torment (through the locusts, who are not literal locusts)


c.       The northern confederacy (of Ezekiel 38) will invade the land of Israel with a “great marching [army]”


a.      “[A] great army turned loose to march with destructive force across the face of the earth”


b.      An attack on the West, especially western “Christendom”

Thus, Pentecost understands the seven trumpets to provide an outline of the Tribulation period, especially the second half of that period.  My impression of the logic of his interpretation was to approach chapters 8 and 9 of Revelation with a fairly complete scenario of what will take place during the Tribulation already in mind.  Then, he managed to make the Trumpets fit that scenario.  He based the scenario on other considerations.  For example he had already presented his reasons for believing the Ezekiel 38 invasion (see under 5th Trumpet) would take place in the middle of the 70th Week (350-355).


It is difficult to avoid a harsh judgment on this example of interpretation.  First, Pentecost devotes four chapters, pages 1-64, to interpretation methodology.  He insists that the allegorical or “spiritual” method of interpretation should generally be avoided.  Yet, his interpretations of the seven trumpets use an allegorical or “spiritual sense” again and again.  Second, he introduces conclusions and scenarios from his conception of events in the Tribulation period.  He imposes these scenarios upon the seven trumpets despite the fact that there is no warrant for doing so in chapters 8 and 9.  Third, he puts forward two and three different interpretations for each of the trumpets.  In some cases the multiple interpretations have some relationship to one another.  In other cases the relationship is very loose if there is any.


When one reads defenses of the Dispensational school, the defenders of this method are very harsh toward other methods and boast of their strictly literal methods.  Moreover, Dispensationalism has a huge following among fundamental and evangelical Christians, and one can be a somewhat intimidated to ever question Dispensational thought.  I grew up steeped in this understanding of Scripture.  Yet, as I have delved into the details of Dispensational interpretation, I have been disappointed to find that much of it is very weak.  I think the examples above illustrate this weakness.


Russell, J. S.  The Parousia, A Critical Inquiry into the New Testament Doctrine of Our

Posted by Bill Fitzgerrel at 12:29 PM